POSTCARD #03: London: Writing this on the new iPhone I bought in Apple Store, Covent Garden. Takes some getting used to. The keyboard is tiny; index finger placed on the letter key blocks out the whole letter – fingers too thick. The letters ‘O’ and ‘P’ are difficult, and when I type ‘M’, I hit the backspace instead. Jiab can do it okay, she has fingers as thin as flower stalks. Maybe I’ll give it to her…? A friend fixed me up with a blue-tooth keyboard and small projector (Optima). I’m using the image on the wall like a screen. Uploading the post to WordPress is possible with wordpress mobile but only with a good Wi-Fi connection. Interesting to work in miniature like this – there’s something about the smallness of it that suits things here in UK.

We’re in a tiny hotel room, just enough space for everything. The streets outside accommodate pedestrians on the pavement, and a narrow road allows the big black taxicabs to rush by. Could be a claustrophobic feeling if you think about it too much, compressed, economy of space provision. Don’t think about it. Japan is the same, squeezed into a little country. It is a small island, travel across from East to West and you come to the sea again – I am marooned. Geographical aloneness. The world is out ‘there’. I remember the separateness; the belief in a ‘self’ but seeing only the lack of it, and nearly a lifetime is taken up with looking for the answer to this conundrum – seeking. Now coming back from Thailand where I’m living in somebody else’s country, an outsider, and finding that it’s been so long since I was in the UK, where I was born, I’ve become an outsider here too. Can’t relate to this culture; holding on to a UK identity and there’s really not anything to support it, just my attachment. Most people I knew then are gone, I’m a homeless person, staying in hotels, staying with people I met in Buddhist groups, friends, and at Buddhist monasteries on the way.

Pretty nearly everyone here is an outsider, a visitor. So many different languages: Italian, Japanese, French, South American and others – where are the English people? It’s the holiday season, maybe they’re in someone else’s country too, being outsiders there? All the staff in hotels, restaurants and shops are East Europeans. Visitors come here and what they see is a system run by other visitors to England. A picture of England; a picture of reality – when was it not like this? Buildings and statues of eminent Victorians, a solitary man standing alone, high up there on a plinth, pigeons sit on his head. Splendid isolation, tourists take pictures of each other standing next to the man’s name carved in the stone of the base of the statue’s plinth and up above he’s there, looking out at other statues. I feel I should know who he is, I’m British, I should know… but you’d have to have studied history to know that. I can’t remember, it couldn’t have been important to me. All I see here is a monument to ‘self’, the grandeur of it escapes me. But it was important to the people of that time; statues, ornate buildings, the opulence and wealth of the Empire recorded in history. Such a great achievement, such a small country. This was. Can’t help reflecting on the fact that it’s all a fiction created by the storytellers of the day about a reality somewhere else, far away – samsara, stories from a small island. 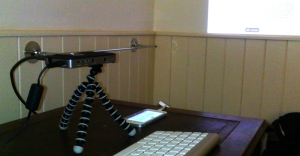 3 thoughts on “a small island”