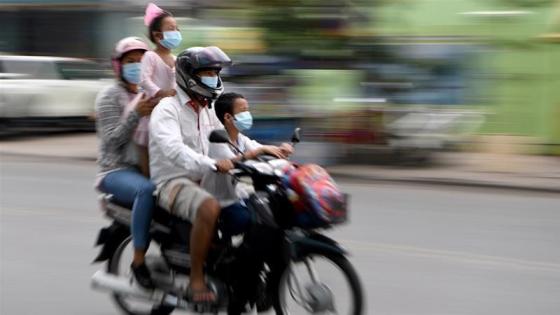 POSTCARD#376: Bangkok: “Heartwood From The Bo Tree”. This is a short section, Ajahn returns to phassa and vedana as the only places we can bring the sensory cycle to an end and prevent the arising of ‘self’ and dukkha. This will be familiar to some readers and to others, not. So I’m including some examples and comments to bring it more into the context of ordinary reality.

Section 2. How to practice at the moment of contact with sense-objects, phassa.

When visible forms, sounds, odors, flavors and tangible objects contact the eyes, ears, nose, tongue and body we must practice letting phassa stop the cycle at phassa and letting vedana stop at vedana. Letting phassa stop just at phassa may be difficult to do – on the ordinary level, phassa develops into vedana , so then we stop it just there, without allowing the further development of craving and grasping, of ‘I’ and ‘mine’.

The five sense-objects and the corresponding five sense-organs are presented. The sixth sense organ, the mind (that which is cognized) is not included… maybe because the sense of mind is particularly involved in the arising of ‘self’. There are other developments of the sense of mind later in the text.

The Buddha taught that when seeing forms there should be just the seeing, when smelling odors just the smelling, tasting flavors just the tasting and touching tangible objects just the touching. If you can, stop it at contact then there is no arising of ‘self’, the ego is not born. It is the end of Dukkha, immutable emptiness.

This reminds me of the Buddha’s teaching to Bahiya in the Bahiya Sutta:

It is interesting to consider one’s reactions when a neutral form appears at contact phassa. Try looking at a door or a window and you’ll notice that there is merely phassa, there are no feelings of satisfaction or dissatisfaction. When visible forms, sounds, odors, flavors and tangible objects enter the mind as contact, let them stop there in the same way.

Let it be like the soldier asleep by the side of a piece of artillery. When a shell is fired he merely registers the sound without feeling anything and just goes on happily sleeping. No matter how heavy the shelling he is not startled or disturbed. There is just the sound of the piece of artillery contacting his ear and then ceasing.

I cannot imagine how we would not be startled by the sound of large guns being fired, and able to sleep through it all. The example of the sleeping soldier comes from a time in Thailand when guerrilla warfare was going on in the jungles. At that time, ordinary people were familiar with the presence of the militia here and there.

But if you can’t do it and concede defeat, you can still stop at vedana. As soon as there is a feeling of comfort or discomfort, of satisfaction or dissatisfaction then extinguish it just there, without giving birth to the various kinds of desire that spring from the urges of craving and clinging. This is the practice on the occasion of contact with sense-objects.

/Section 3, the time of physical death, continued in part 6/