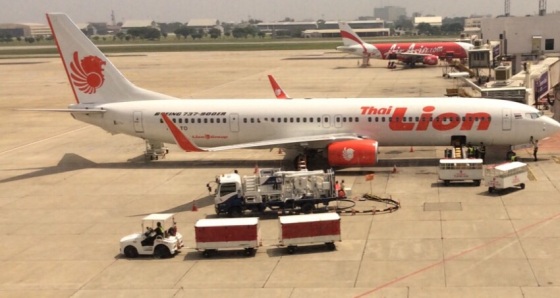 POSTCARD#98: Bangkok/Chiang Mai flight: M has the hiccups but can’t remember the English word for it and asks me: How you say sa-oog in English Toong-Ting? Thai onomatopoeia describes it well – and just as she’s asking the question, by way of example, the involuntary existential hiccup arrives. She recovers from the small jolt and looks at me with a kind of inner alertness. I tell her it’s a hiccup and she laughs – it’s the name of a character in a cartoon movie [How To Train Your Dragon 2]. I show her how to hold her breath for as long as she can, take a quick in-breath, and then keep on doing that. But no worries, we’ll be landing soon and that’ll divert her attention. The descent is quite bumpy… turbulent hiccups in the outer world. Luggage compartments overhead rattle and creak in the vibration. For a moment there’s an awareness of tremendous velocity, vulnerability, and the mind conjures up some kind of explanation for it. I feel like we’re on a road in the air, bumps caused by an imagined uneven road surface; a highway in the sky… a bridge that spans the distance from Bangkok to Chiang Mai – descending from the heavens now on this huge curved span all the way down to the surface of the planet.

There’s the sound of hydraulics, down go the wheels and the earth rises up to meet us. We are 300 people contained in a structure the size of a building, careering along at 200 mph in a collision course with the Earth. The deep uncertainty of our situation fills my awareness for a moment, then there’s the soft bump and we’re down. Wheels take the weight, first one side then the other, the deep lurch, sink-down/bounce-back as it settles and the engines roar like the dragon in M’s cartoon movie. The end of quite a long journey; Chiang Mai/Hat Yai, via Bangkok and home again for M. It’s just another arrival for me, there’ll be a departure again on 30 October; I’m traveling most of the time. Thirty years on the road, the default link with my own culture is not as important as it was. Thailand is my country of choice now and for the rest of my life. I can be M’s teacher of English until I’m old and grey – one of a minority of West/East migrants assimilating with the host country. The story of how the US came to be… identity is a created thing

Out of the plane and along the corridor, M walking along beside me with her little bag; the totality of her being, head to toe, is inside my field of vision… so small. She seems to be all-right with everything and all the events so far; hiccups are gone and chatting about all kinds of stuff I can’t quite hear. I have to guess what she’s saying and comment with appropriate responses like: really? oh yes, hmmm… and that’s working okay until there’s something that sounds like a question: Toong-Ting, when you were in your mummy’s tummy, before you were borned, you didn’t breathe, right? and I say, Right! confirming this truth. She’s still thinking about holding her breath to stop hiccups. After that there’s a fairly complex observation on the enigma of hiccups and life in general. Sounds interesting but I can’t quite understand it because I missed the first part. We walk on through the long corridors in the arrivals and out to the taxis: really? oh yes, hmmm…

‘As all waves are in the ocean, so are all things physical and mental in awareness. Hence awareness itself is all-important, not the content.’ [Sri Nisargadatta Maharaj, I Am That (261)]

6 thoughts on “enigma of hiccups”