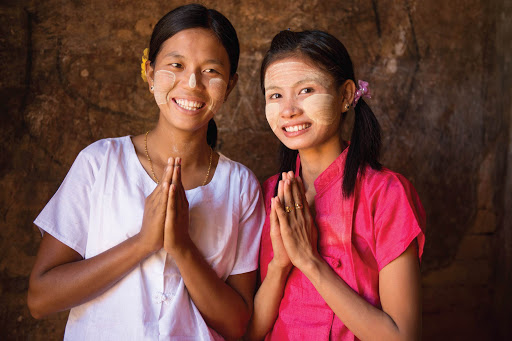 POSTCARD#369: Bangkok: Before I came to live in Thailand, I was in Pondicherry, South India for one year, then Bangalore for another year. Things were quite basic in those days and in the first few months I caught Amebiasis from drinking unboiled water. Sickness, intestinal pain and bouts of dysentery so I went to the doc and he prescribed Flagellin, saying Amebiasis was a microbial infection in the gut. He also said he believed that in some communities at the lower end of the social scale in Pondicherry, the disease lives in their intestines for extended periods, maybe permanently. The people with the disease, get seriously ill once a year and otherwise go on with their lives.

Flagellin, the medicine, was dramatic, a purge; vomiting and dysentery… the cure was worse than the disease. It really was worse… I couldn’t go on with it, knowing full well it was a bad decision. Eventually I got back to the UK and it was winter. That fixed it. Then a month later I returned to South India and the disease came alive again.

The next year I moved to Bangalore and the sickness left me. That was in 1983 and there has been no sign of it after that, although if I went back to live in Pondicherry now, it would be a different story. So I was reminded of it all in the light of COVD-19 from the point of view that both Amebiasis and Coronavirus are a living organism, (and thanks Paz for reminding me of that) like a plant or a tree. We can only mitigate the risk of Covid infection, understanding that the disease may find an entry point if there’s a way through the preventative measures and there’s nothing we can do about that.

In the ancient world there would have been all sorts of diseases and viruses active and living among the population. The only cure would have been herbal mixtures and derivatives of opium and other plants unknown. If there was a killer virus as we have now, local wisdom would have advised social distancing and masks of thin cloths covering nose and mouth. If they contracted the disease they died eventually and the parasite died with the host.

Looking at COVID-19 in the US, if the loose attitude regarding social distancing in some states continues, if there is no vaccine at hand we can assume the virus will evolve, in the long term, remembering a parasite seeks to live in the host organs without causing death. The danger is if we take no decisive action at the beginning, we just have to learn to live with it in the long term.

What to do? First, is to discontinue the handshake to prevent the contagion spreading from person to person. We need another way of the public meet-and-greet, perhaps based on the Indian Namaste. Or the Thai Wai which is like a small Indian “Namaste”, and easier to do. The second thing we have to do is wear a mask, as they did in ancient times, to prevent the virus from entering the body, and to protect everyone from being infected person-to-person.

Today, we all need to wear a mask every day in public – and there isn’t anything difficult to understand about that, unless you are Donald Trump who doesn’t want to admit he can’t wear a mask because it would ruin his make-up. Hard to believe. It worries me that even if everyone in the US took to wearing masks on a widespread level, there would still be those who follow the President’s example and refuse to comply with mask-wearing for some contrary reason.

An epic travel toward self-knowledge

travel, learn , have fun, explore and be happy

Life on the Sidewalk.....(No, I'm not lost. To be lost you have to know where you're supposed to be in the first place.)

a bloggery of flaws, cracks and scars