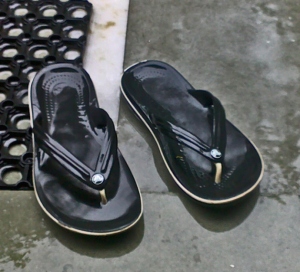 POSTCARD 140: New Delhi: 6.30am Sunday, wake up, turn over on my back and watch the ceiling fan spinning… waves of air movement and coolness on the surface of wet eyes blinking. There’s this rhythmical creak. The fan needs to have oil. A familiarity with the small sound; it’s been going on all night as I was sleeping – half-awake, I’ve been singing a song in my head around the rhythm of it. A curious rising tone, it’s as if it were a question: creak? And, occasionally but not always, there’s a lesser sound, in offbeat syncopation, a small ‘quack’ sound, like a duck, a flat tone, not complying with the question; quack, a response that’s sort of dismissive: quack… creak? quack… creak? creak?… quack. Sometimes the rhythm alters and the ‘quack’ comes before the ‘creak?’ – as if the creak? is asking the quack to confirm what it just said, quack… creak? (What did you say?) creak?

There’s a limit to this kind of entertainment, even in a house where there’s no TV. Time to get up, the air seems different, humid, what is it? Upright position, legs swing over the bed; mindfulness of bare feet on cold floor… switch off the fan and the creak-quack-creak? slows down, stops. I hear rain on the roof window. Go through to the front room and look out; yes, it’s raining. An unusual darkness, heavy grey clouds up there form a kind of low-ceilinged sky. Pixel-filtered light has the quality of mother-of-pearl. Jiab’s slippers are outside, small puddles of rainwater beginning to form in the hollows where her feet have shaped the rubber – we live in a house where you leave your shoes by the door, step inside and walk around barefoot… should have taken them in.

I bring my chair to sit by the open door and look out at the rain, open the glass doors, take in the slippers, warm air enters. It’s always hot… when I first experienced monsoon weather I thought the rain would make it cool, but it just makes the ‘hot’ wet. So I sit there and listen for a while. The rain is a vast sea of tiny finger-snapping sounds. Individual collisions with the concrete seem to jump out of context with a sharpness – noticable against a background of random pitter-patter sounds that are always just on the edge of hearing – as if the listening process itself chooses the sound. Mindful of the mechanisms of focusing, receiving the ‘world’ in this unknowing pre-selected form.

Somehow it answers a question I’ve been pondering over for a while, but can’t quite remember what it was… what was it? Maybe I haven’t gotten round to seeing it as a question yet… answer arrives before the question? Mindful about the fact that I can’t get to where I want to get to, but seem to be trying anyway – mindfulness of mindlessness. Mindfulness of the times when I forget to be mindful – the tendency to fall into the dream, into the fiction I’ve created; the unaware habituality. Mindfulness as a lightness, an alertness surrounding thoughts. Intermittent rain continues for the rest of the morning. 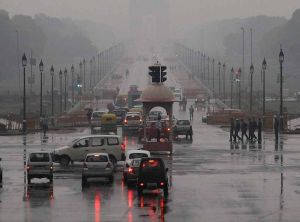 “Everything is created twice, first in the mind and then in reality.” [Robin S. Sharma]

Source for lower image.
Note: low-ceilinged sky comes from the title of an album by stefan andersson

23 thoughts on “mindfulness and the sound of rain”